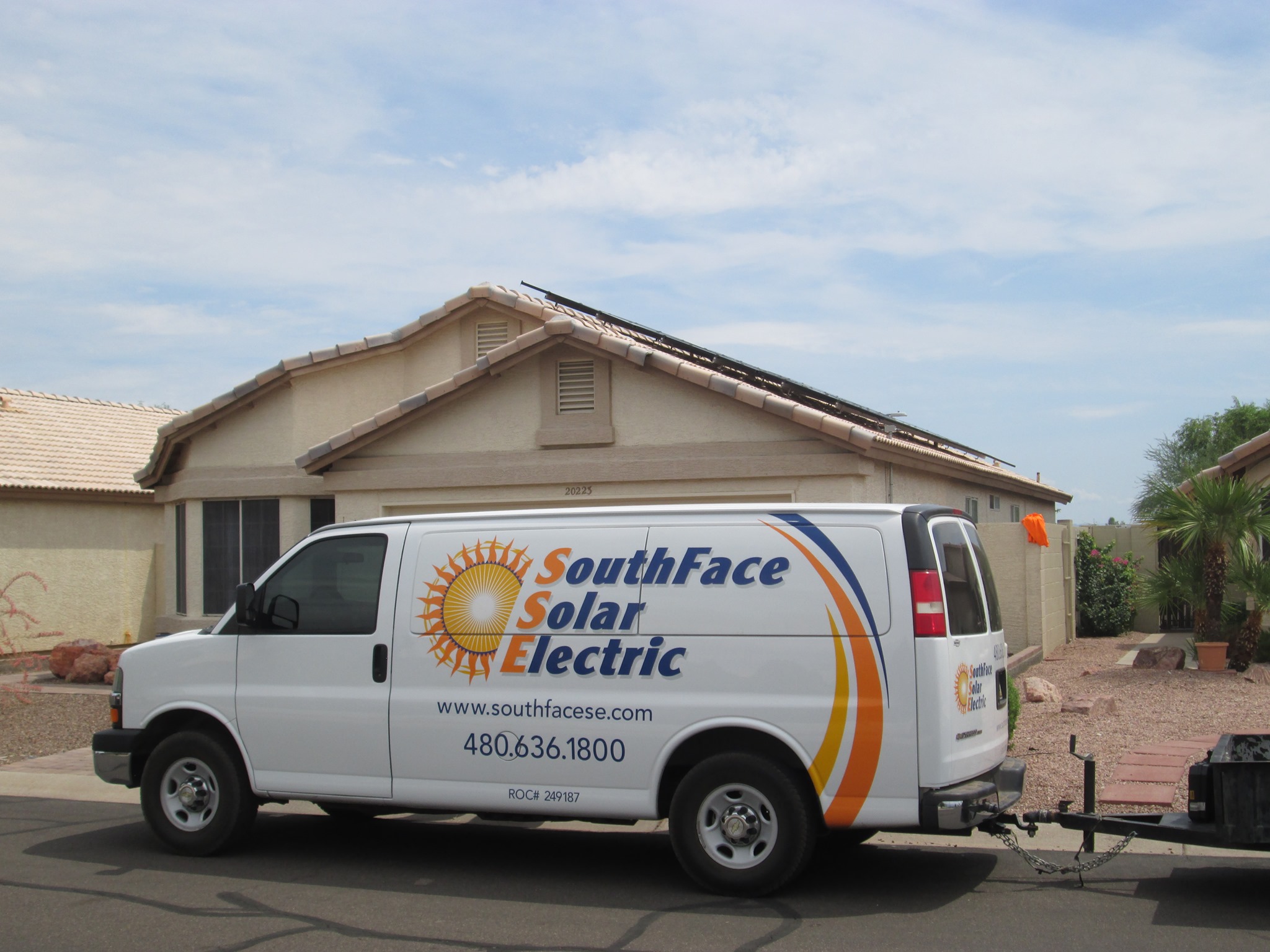 SouthFace Solar Electric is an Arizona born and based company headquartered in north Phoenix. We proudly serve the entire state of Arizona. We focus our services on the design and installation of high performance, desert durable, well-crafted solar electric systems for residential and commercial applications. SouthFace Solar Electric was founded by Corey Garrison with a goal of exceeding your expectations. When viewing our solar installations, attention to detail, pride of workmanship and years of experience can be seen at one glance.

We care. More Power to You means we put our customers first and deliver on-grid or off-grid custom solar solutions designed to change their lives and futures for the better. Flat roof, pitched roof or ground mount installations, we do it all. And we do it well. Helping customers make cash dividends for life from their solar investment while enjoying dependable guilt-free solar electric usage is what we are all about. Oh, and protecting and nurturing our planet is right up there too.

Corey has always been drawn towards electronics. As a child, he would take apart everything from the family phone to dad’s alarm clock, just to see how they worked. This is quite common, but what isn’t, is the fact that he could put them all back together in working order. He began his electrical career in a 2-year electronic/electrical vocational school in 1995. After graduating he answered his country’s call by joining the United States Air Force. He spent the next few years increasing his electrical knowledge becoming first an Electrical and Environmental Journeyman, and then after 3 years of on-the-job training, he was awarded the rating of “Craftsman.” He spent the remainder of his US Air Force service troubleshooting problems and repairing them on multiple aircraft, primarily the F-16 fighting Falcon. Assessing problems and performing repairs to strict military standards played right into Corey’s penchant for perfection. As Corey puts it “when you have a pilot’s life in your hands, not to mention several million dollars of our nation’s military hardware, you grow up fast, there’s simply no room for error!” After serving the Air Force for 10 years, he decided it was time to serve in a different way. Fueled by his dedication to excellence and powered by years of acquiring electronics expertise, Corey changed careers in 2007. He founded SouthFace Solar Electric, bringing “aeronautical quality” to the southwest’s solar electric industry.

Aaron has a strong technical background, with an education in physics and experience working on high-end computer networks.  His passion for helping people improve their lives with technology and an interest in clean energy make working in the solar industry a great fit to the team.  The focus of his job is helping people understand how solar works and what it can do for them, then custom designing a solution that fits their needs. My favorite part of working with the SouthFace Solar team is our commitment to treat people right.  Schedule a FREE Solar Design with Aaron to learn how solar can work for you.